Understanding terror: The faces of ISIS

No matter how big and significant, major events always start with individual beings. In Rojek, Zaynê Akyol seeks to uncover the history of the Islamic State through the lenses of its now-detained members and captures the reality of life in a land ravaged by war. As Akyol dives deeper into history, she’s inevitably confronted by the present and proposes that the conflict of ideology might not yet be over. Rojek was screened at DokuFest Kosovo 2022.

For a while, the threat seemed ever-present. As the second decade of the new millennium arrived and people of the western world started coming face to face with radical Islamist forces, an atmosphere of doom took hold of otherwise lively cities. The menace of Daesh, typically referred to as ISIS, slowly started creeping in. And while most of us have been fortunate enough not to personally encounter its deadly power, at a certain point everyone had become very aware of the group’s existence and the dangers its proximity presented. We read stories about people being killed, we heard about it in the news. And bit by bit, we formed a specific image in our heads. An image of a ruthless enemy, foreign creatures without a soul; we knew what their goals were, what they looked like. Suddenly, people of different skin color and religion grew into objects of fear, an entire mass better to watch out for. In Rojek, her latest feature, the Kurdish-Canadian filmmaker Zaynê Akyol offers an insight into the seemingly impenetrable, monolith group and paints the extremist faction through its affiliates, who are – unlike their general perception by media and the public – distinguishable and diverse.

Complemented by a multitude of sequences depicting the everyday reality of post-war Syrian Kurdistan, a greater part of Rojek consists of talking-heads style interviews with individual Daesh followers. To make sense of their engagement with the group, the creators, whose presence is limited to the audible sphere as they never physically enter the frame, pose various questions to their now-imprisoned counterparts. As a result, the attention is focused solely on the Islamists who share their own personal experiences; not just what drove them to join Daesh, the nature of their role within the group and its day-to-day functions, but also how they alone feel about matters such as faith and interpersonal relationships. Finally, what we are left with is a strand of varied, at times even touching human stories, intertwined with a shared attribute – an ultimate devotion to the rules of the highly cherished, much esteemed religion. 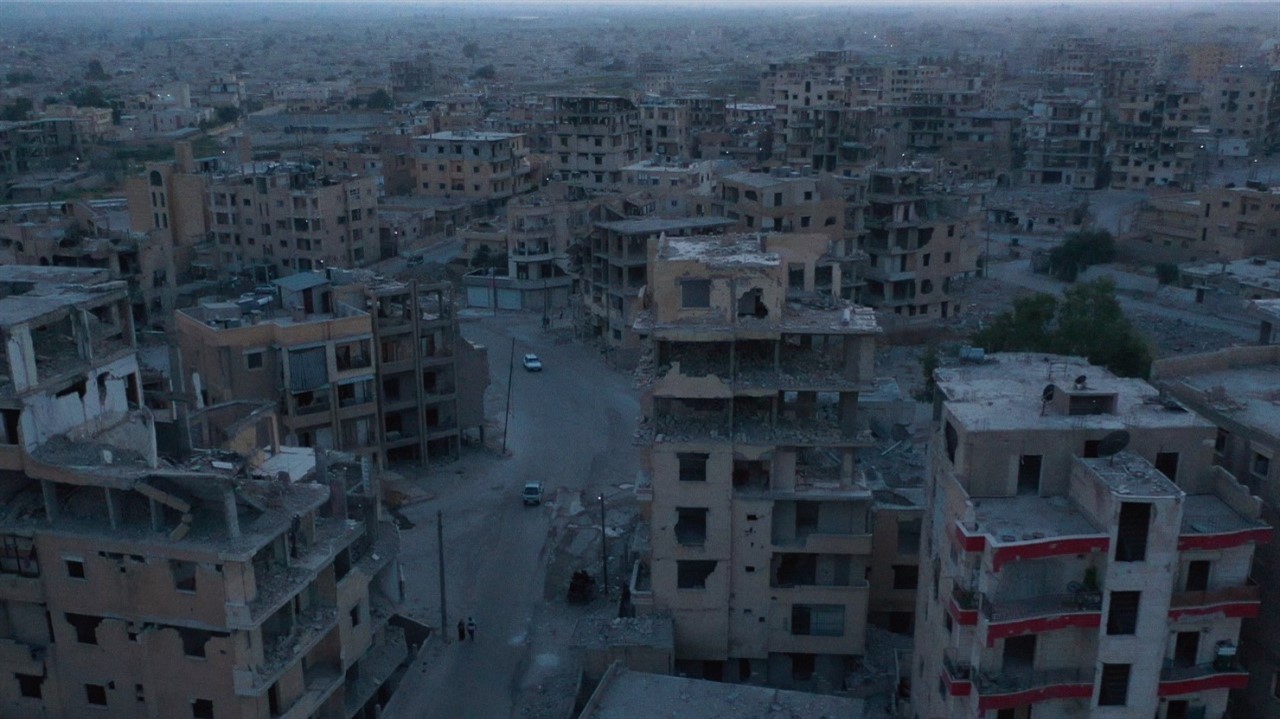 While many of the testimonies follow a considerably recognizable pattern, such as the process of radicalization at the hands of compelling Imams, some indeed take rather unexpected turns. Instead of excavating in particular episodes from life in the Islamic State, the former fighters contemplate about famous pop stars and reflect on their private lives, interlaced with obstacles, frustration, even heartbreak. As they convey delight over finding a true purpose in life and express regret over estrangement from family members and the physical abuse of their children, one by one, the dialogues shatter the distance and presumptive uniformity and introduce singular personalities. Those are no longer just people who fulfilled horrendous duties in the attempts to establish the desired caliphate, but who also have emotions and lived lives not all that different from ours - at times beautiful, at times sad, very often complicated and intricate.

The remarkably rich portrayal of reality under the fundamentalist law is not only interested in the experiences of men. Akyol grants a certain amount of screen time – albeit shorter – to female supporters of the Islamic state and wives of the fighters as well. And it is perhaps the women whose statements seem the most startling. While we also get the conventional narrative about giving yourself unconditionally to your man, to God, to the higher power and the greater good, a somewhat unexpected recollection of freedom turns up. In her touching throw-back to life in territories ruled by Daesh, a once-translator ponders about a sense of absolute liberty, a sensation she hadn’t felt anywhere else in the world. If our notion of the Islamic State had not been challenged yet, it is now. Would we, from a Euro-American perspective, ever associate it with a proud, confident woman, claiming that what she misses the most is the complete and utter ability to do as her heart desires? We don’t usually put freedom and ISIS together. But as to paint the whole picture, Akyol demands the not so comfortable, often excruciating answers. As far as freedom goes, who gets to enjoy it? On what terms? As Rojek unfolds, it is certainly not for everyone, especially not for those living in Daesh-controlled enclaves. Throughout the film, it is repeatedly cautioned by some of its protagonists that there is no place for democracy as one should always obey God’s rules.

„We are by no means manipulated into pity or sympathizing. We are, however, inspired to confront the simplified image of a world that’s merely black and white. Instead, we get to put together our own.“

Apart from ending incarcerated, life paths of the interviewees differ significantly. Some continue to be dedicated followers, others fled the caliphate. Some don’t even flinch at videorecords of merciless executions and murders, others couldn’t stand the omnipresent death and suffering. It is precisely this variety Rojek is built upon that provides the audience with multiple viewpoints; for that, the documentary shapes itself into a considerably empathetic feature. We are by no means manipulated into pity or sympathizing. We are, however, inspired to confront the simplified image of a world that’s merely black and white. Instead, we get to put together our own.

This newly attained sense of distinction complicates the ultimate closing question. What kind of stance should be taken towards those who have consciously supported a regime built on oppression, violence, and death? How to approach them without deepening their hostility and resentment? Obviously, it goes way beyond Rojek to give the answer. One thing it proposes, though, is to understand each other’s humanity. In spite of such implication, Akyol doesn’t incline towards naivete and suggests that perhaps it would be a mistake to disregard religious fundamentalism and the dangers it continues to pose.

Although the number of headlines dedicated to the war on terror has dropped significantly and gave space to other, in no way any less horrifying conflicts currently taking place in the world, Rojek subtly points out that the clash of ideology hasn’t gone away. Quite the contrary; although its actors aren’t as loud and prominent as they once have, they are still here, still very dedicated to their cause. With other incidents and war actions occupying people’s minds in the early 2020s, it is intriguing to put the issue of religious extremism aside. But as we get to see even in our everyday lives, diametrically opposed attitudes towards the appropriate order of the world get increasingly troublesome. There is so much going on right now – and while we might have won a single battle, we have definitely not yet won the war.

Stepping out of oblivion – The heritage yet to be embraced