The spiral of unrest and power

In a collage of archival tapes, Riotsville, USA delves into the stormy era of the 1960s in the United States. In a detailed investigation of the period’s incidents and their public reception, the documentary re-examines what lies behind the militarization of the US police force and paints the late decades of the 20th century in opposition to the official narrative of the time. The film was screened at Dokufest Kosovo this year.

«We will make America great again». Not as ubiquitous as once before, the infamous phase still resonates. But was America ever great to begin with? Riotsville, USA openly invites us to challenge the proposition that social disorder and increased hostility towards more and more militarized police departments are only an issue of the present, in an acute need of being restored by a conservative political force. As the 2022 documentary shows, civil un-rest has always been here, as have oppression, manipulation, fear, and the fixation on sol-ving societal disruption by preserving and enforcing law and order. Sierra Pettenghill and Tobi Haslett, the director, and the writer of the feature, respectively, introduce a mosaic of authentic shots, all filmed throughout the late 1960s. Through the presence of an omnis-cient narrator, the mixture of archival police tapes, broadcast recordings and newspaper he-adlines are linked together and enlighten not just historical background but also help reco-gnize possible parallels with the present.

Spirit of an era

Thoroughly capturing the era’s spirit, Riotsville, USA shows that the 60s were clearly not an easy time for the United States. The number of upheavals and riots was surging, tension was slowly building up, and it was only a matter of time before official institutions got involved. To prepare the police and military for what’s to come, so-called «Riotsvilles» had been for-med – model towns set up exclusively for playing out hypothetical scenarios of social mis-conduct. Referring to them as «chess boards», the creators put their existence into a much bigger picture; the systematic ill-treatment and mishandling of issues associated with par-ticular members of society – people of colour. The combination of field footage and spee-ches by politicians display that instead of adequately addressing the socio-economic roots behind the multiple cases of civil discontent, the authorities continued to shift the blame and only slapped a band-aid where a much more complex solution was needed. Rather than liste-ning to the people and taking measures to improve their lives, those in power opted for dee-pening the pockets of the police force and setting up a system that has hardly done well for anyone, especially groups already marginalized. At several points throughout the film, we are encouraged to ask ourselves: Has anything really changed? And has American society been able to move and advance at all? 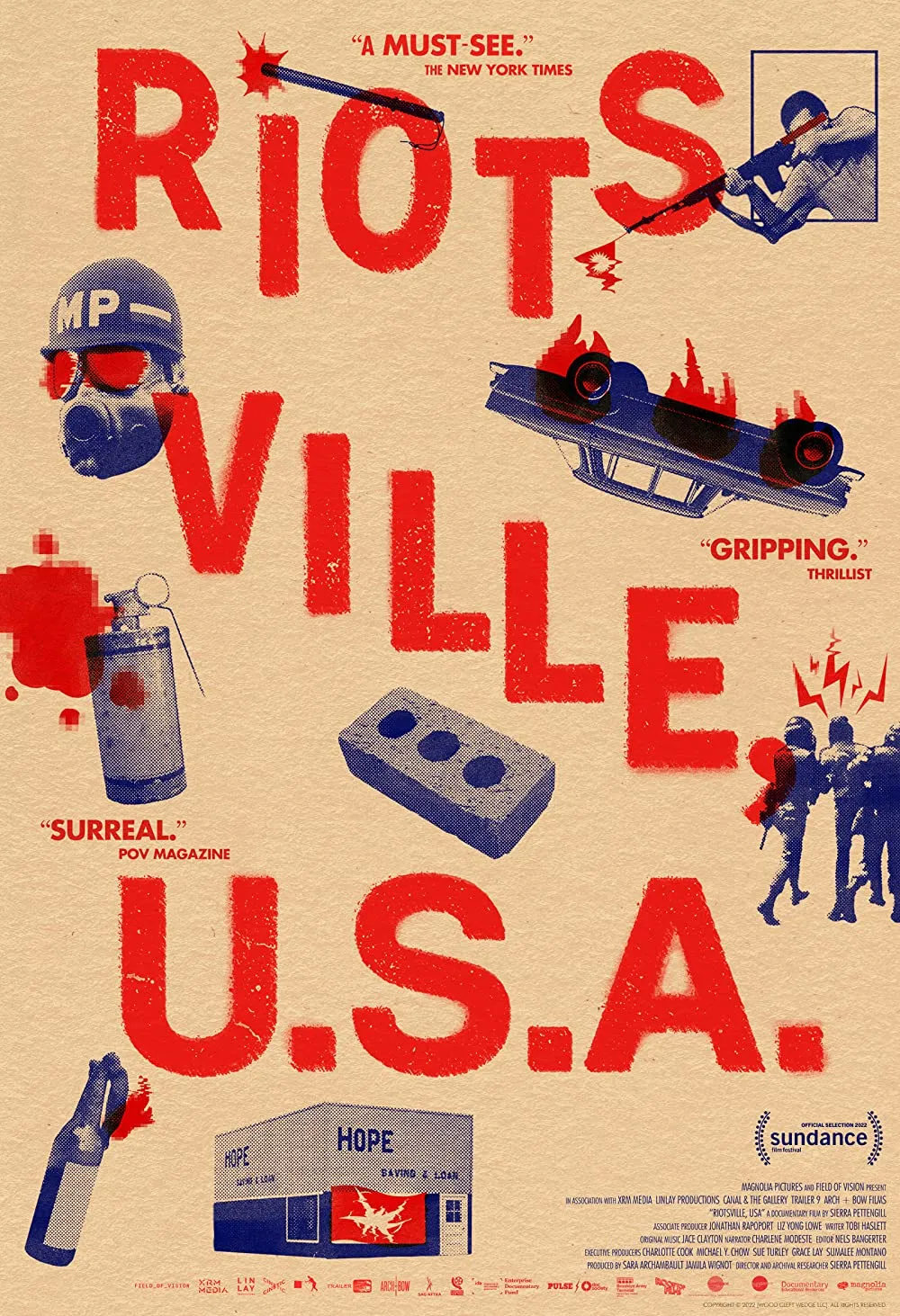 Indeed, despite the feature’s action taking place in the past, the depicted events rarely feel outdated. On the contrary, the resemblance and apparent relevance to the present is some-what striking. There was no such thing as police brutality in the 60s, at least not officially. And if individual cases came to light, they were framed as solitary events that certainly did not point to any form of institutional discrimination towards black people. Sounds familiar? To be fair, there have been attempts for improvement. But when an appointed commission came up with specific recommendations and motions, such as improving accessibility to economic opportunities, involving education, housing and welfare, it wasn’t really acted upon. Not even despite a bleak warning that the United States was headed towards black and white societies, two different entities, «separate and not equal».

„We are encouraged to ask ourselves: Has anything really changed? And has American society been able to move and advance at all?“

Even if the narrator’s voice were to suddenly disappear, it would be hard not to pro-ject Riotsville, USA‘s action onto the present. We might have forgotten about what happe-ned in 1968 in Los Angeles, Memphis or Miami, but we all remember the series of protests following the violent death of George Floyd and Black Lives Matter, an entire movement with the aim to bring attention to racial inequality and vicious police behaviour black people often have to face. Other forms of resemblance with the past come in media coverage, and the kind of stance political representatives are likely to take. That said, the internet and soci-al media make shaping public opinion in the 21st century even easier than ever. And as we are reminded of the aftermath of the 1968 riots in Chicago, it appears that it’s not always the persecuted who end up getting the nation’s sympathy. Oftentimes, it is the persecutor.

Whilst initially presenting itself as a feature focused solely on the issue of the turbulent era of the late 60s, Riotsville, USA turns out to be a rather profound take on the systematic failure to address and redeem systemic oppression in society. What lies at the core of neg-lect, discontent and subsequently worsened life conditions of minorities and the disempowe-red? Pettenghill and Haslett suggest that the establishment is to blame rather than individual events or people. And as long as the public fails to recognize that, nothing much can change. 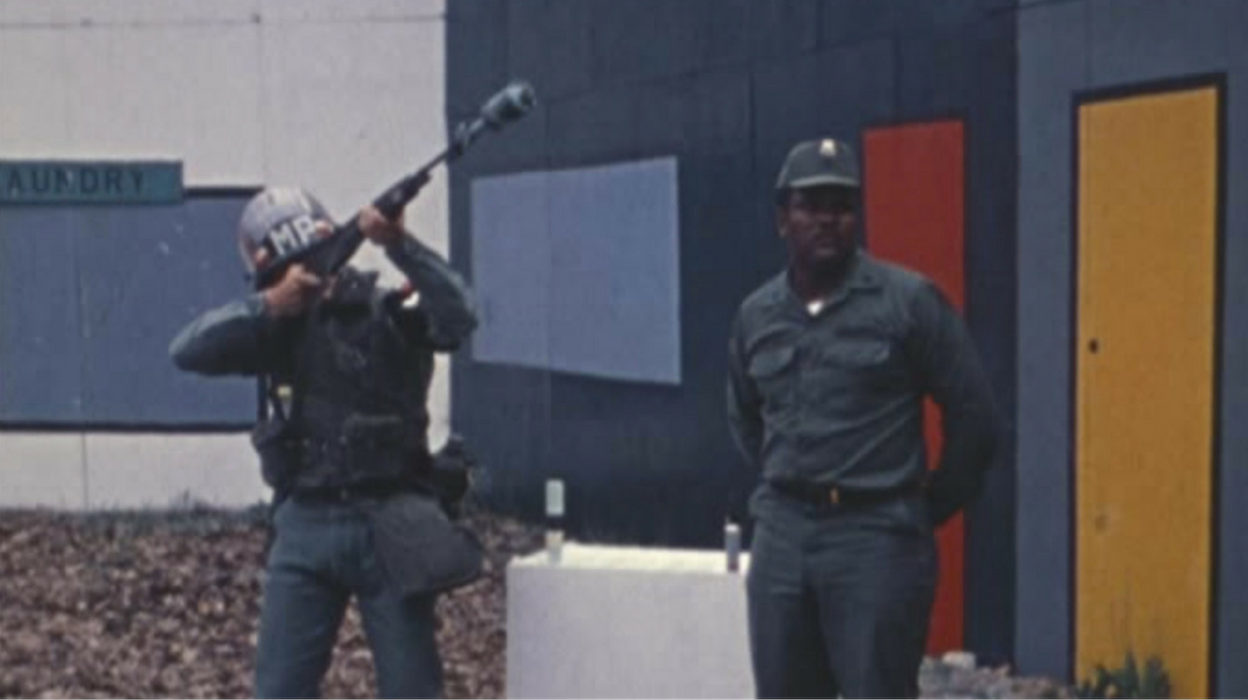 It is easy to say that all lives matter. But if history can teach us anything, it is that we will never set ourselves free from the dangerous spiral of social injustice until we openly start challenging reality and the fact that some are believed to matter more.

Stepping out of oblivion – The heritage yet to be embraced

Understanding terror: The faces of ISIS