To risk persecution by an authoritarian regime or to attempt to escape? The animated documentary Flee (2021) tells the story of an adolescent Afghan refugee who tries to understand his own sexuality and come to terms with his past during a painful journey to freedom. The film – which was screened at last year’s International Documentary Film Festival Amsterdam, won the Grand Jury Prize at Sundance, and scored points at the European Film Awards – is currently nominated for an Oscar.

The Danish co-production by director Jonas Poher Rasmussen stands out among competing films from last year in many respects. Even the genre of animated documentary itself may cause some viewers to give pause at the film’s concept. Although anidocs emerged in the early days of cinematography, they have always been overshadowed by the more successful format of filmed documentary. The film Flee and its three Oscar nominations (best international feature film, best feature documentary, and best animated feature film) mark an important commercial recognition for the untraditional genre and are a symbol that contemporary society hears the personal stories of ostracised refugees.

We meet the film’s thirty-six-year-old protagonist, who goes by the pseudonym Amin Nawabi, in Denmark, where he currently lives with his partner. But through conversations with the director, we are soon transported to 1980s Kabul and learn about a complicated past that the protagonist is allegedly discussing for the first time in twenty years. During the sessions, Amin’s hesitant voice describes the everyday joys of childhood, when he ran mindlessly through the streets of the Afghan capital and his mother still stroked his hair. Yet even this seemingly tranquil and tender commentary on life in Kabul carries with it a dark portent of tragic events. 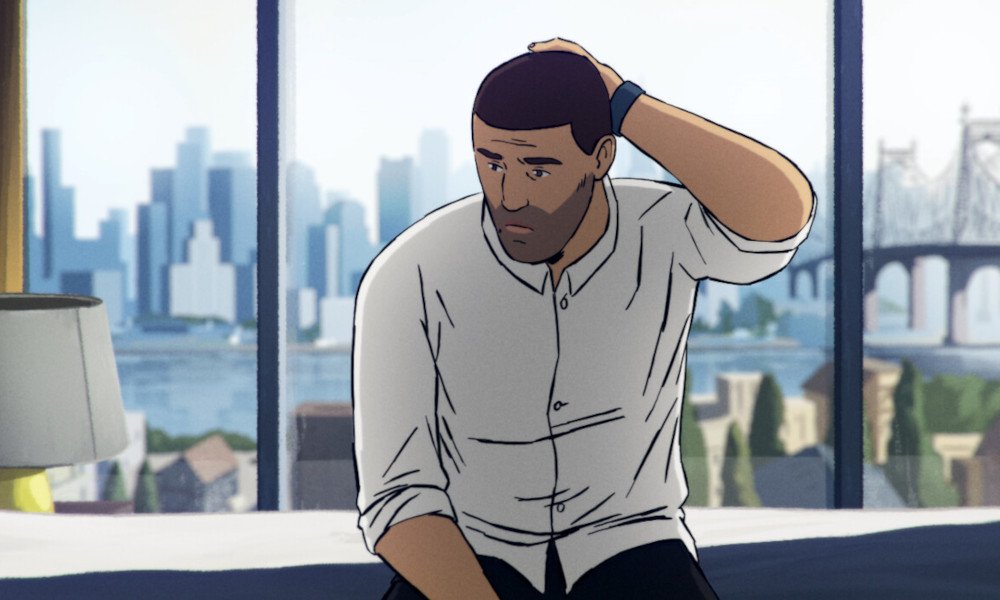 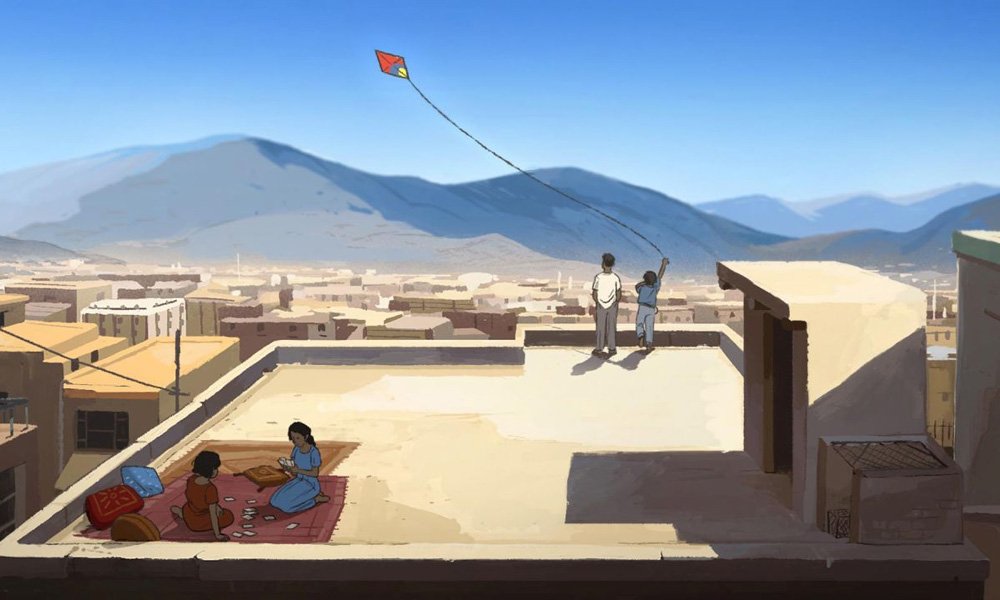 As soon as the situation escalates, Amin’s family flees to Moscow. Together with the events, the animation style is also set in motion – we no longer simply watch real memories transformed into animated visuals. Minimalist, impressionist passages appear more often, depicting the protagonist’s experiences more as faded impressions than as something tangible and concrete. These moments take full advantage of the possibilities of animation, transforming reality into abstract, faceless silhouettes, usually attempting to flee from an approaching threat. The frequency of animation is also used to great effect throughout the documentary, often jerking the protagonists out of the smoothly passing landscape, helping reflect the anxiety and feelings of alienation that haunt the main characters.

Music as pain and hope

The musical component of Flee intensifies the heaviness of Amin Nawabi’s recollections, which move through the story accompanied by melodies mostly for a string quartet. While the powerfully melancholic leitmotifs strikingly reinforce the emotional dimension of the scenes, the broader expressive possibilities of the instruments often come out in the details – the stifling atmosphere of oppressive moments of loneliness is projected through deep, drawn-out minor chords, and the chilling moments of the story are similarly accompanied by quiet arpeggios on the high strings making crackling echoes through the use of the sul ponticello technique. Swedish composer Uno Helmersson does not attempt overly ambitious compositions but rather presents a minimalistically conceived score, the main purpose of which is to amplify the scenes’ impact.

Pop music serves a more specific function in the documentary. Accompanying the protagonist in the headphones of his Walkman, the songs Amin surrounds himself with in difficult moments actively come to the surface of the film as a symbol of hope. Instead of traditional Afghan music or a post-soviet “Kalinka”, Amin’s escape is set to a soundtrack of “Take On Me” by the Norwegian band a‑ha or “Joyride” by the Swedish duo Roxette, which painfully and playfully contrast with the past that the protagonist wants so much to leave behind and express his desire to move closer to European freedom.

Throughout the film, in addition to his worries as a refugee, Amin Nawabi is also plagued by uncertainties regarding his sexual identity. While he can take shelter from many of the problems of the outside world by listening to music on his Walkman, he must face and try to accept his recurring doubts about himself, even in the context of the tumultuous events complicating his escape from an Afghanistan growing ever more radical. Importantly, Flee does not present a protagonist defined solely by his role as a refugee but also gives space to often neglected themes relating to personal insecurities and identity crises.

Reliving as proof of heroism