Home of One's Own

Ruba Atiyeh was born in Lebanon but she grew up in exile with the rest of her family. The cinematic experiment Home of One's Own is an expression of alienation that shaped her identity. The intimate autotherapeutic video diary, where the director’s memories powerfully blend with those of her mother, can be seen as a record of the effort to find a narrative in which we don’t have the role a foreigner. This film had a Czech premiere at IDFF Ji.hlava 2020.

The Nakba forced thousands of Palestinians to flee their homes in 1948 and start elsewhere. Most Palestinians found refuge either in Lebanon or Jordan and have lived in exile since then. But one’s land is rarely forgotten, and all that remains are stories and memories that are inherited from a generation to another. The portrait that Attieh builds of her mother in this film while going through her own memories, gives a taste of how experiences never really leave one’s body.

One of the first few shots of the film opens on a young woman standing before the sea in Lebanon. The location is not specified at that moment, but if Lebanon has been your home ever since you were born, you immediately recognize the color of its sea, the glow, the waves; I was immediately taken back. Being based in Prague while watching Home of One's Own, the film immediately resonated and had a sensorial impact on me. I saw before my eyes the country, that I as well can’t call home anymore. Before Attieh’s mother is even introduced, I understood that this film is going to be about memory, about land and about identity. The presence of the sea, the blurred shots from the car, and Attieh’s voice calling „mom“, all take you to a place that the director is trying to rebuild: her own home

A mother-daughter relationship and an auto-therapy. While Attieh is trying to make a film about her mother who’s a successful woman, a trilingual intellectual and a single mother, the director is still failing to address her mother as a character of the film. Instead, the mother stands with a powerful and smart presence and is not scared of telling her daughter that she’s only making a film about herself. Attieh’s mother is also very clear from the beginning: “I won’t talk about the traumas I went through publicly” she says. These few words paint a perfect image of the mother and how strong she is towards her feelings. Maybe too strong. She is clearly refusing to step into that dark place again. But Attieh on the other hand, is left alone in that dark place and is struggling to come to terms with her blurred memories. This is where Attieh’s camera becomes introspective and her own need to understand herself and where home is starts to surface. As the mother predicted, Attieh has now slowly transformed into a main character in the film, trying to understand herself through her mother’s memories and personality. 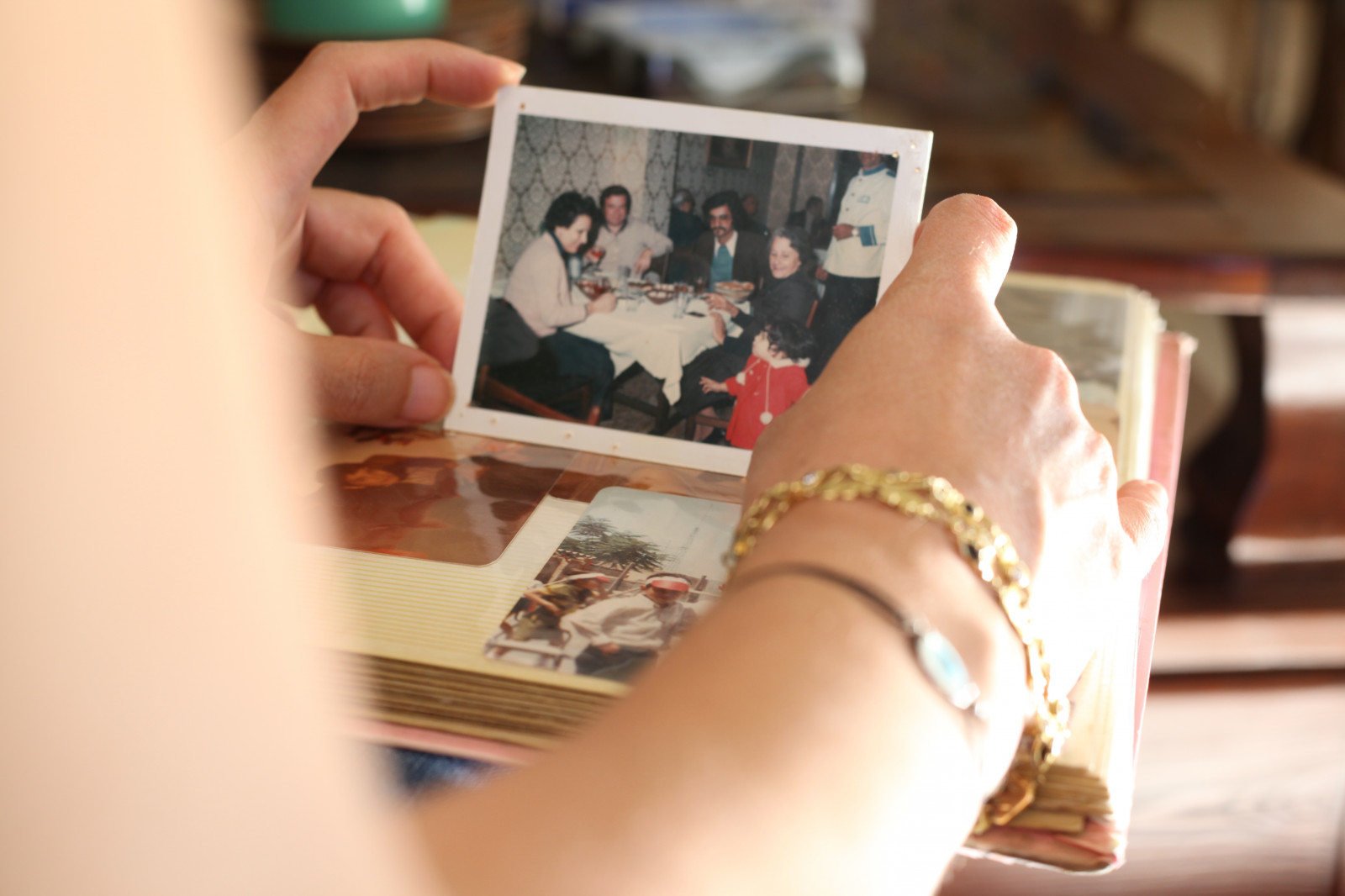 The film later builds towards a key scene; a conversation between Attieh and her mother. From the outside their conversation could look like any mother-daughter talk, which is usually filled with many disagreements and a lot of love. They both sit on the terrace, drinking coffee and smoking cigarettes, but as the white curtains flow and as the conversation goes on, their talk becomes about what to leave behind, about war, and about exile. „I’m sick of seeing my mother only once a year“ the mother tells her directress daughter. But the conversation gets tenser, and the child inside of Attieh overtakes the filmmaker inside of her to reproach her mother: „You were always crying and telling us that our land was heaven, do you know how that made me feel growing up?“. At that exact moment, we wonder if Attieh is making this whole film because of this one phrase. We wonder if she’s trying to rebuild this unattainable heaven that she heard so much about, or if she’s trying to accept the fact that this heavenly land does not exist anymore and that she now has to create her own version of it. At that moment, the strong image of the mother is broken for a few seconds, before the mother and daughter naturally reconcile and their smiles reappear. This mother-daughter talk becomes a political statement by itself and raises many questions like: What’s a happy family in exile? Does one prioritize family or land? And how does one deal with an identity that has been taken away from them?

Home of Ones Own was selected in the 2020 edition of the Ji.hlava International Documentary Film Festival as part of the First Lights section and showed online starting the 27th of October. The film was therefore clearly shot before the massive 4th of August Beirut explosion which destroyed thousands of people’s homes. Ironically, in the film Attieh is constantly told by her mother to move to Amman as she thinks is a safer city for her daughter to live in. But Attieh is based in Beirut and works as a filmmaker and lecturer there. She keeps going back to Beirut describing as the closest thing to home. While watching the film, and having known what has happened to the city which Attieh calls “home”, makes the questions that the film is raising even more heartbreaking. Where is Attieh going next after Beirut is destroyed? Only a few weeks after the Beirut port explosion, hundreds of Lebanese people filled the airport and fled to other countries. That horrible event created a new emigration crisis to the country; most of the youth gave up on having good life conditions and decided to leave for better opportunities. This crisis is most probably leading towards a new generation of Lebanese people living in diaspora, and who just like Attieh, might be struggling their whole lives to truly understand the meaning of home. 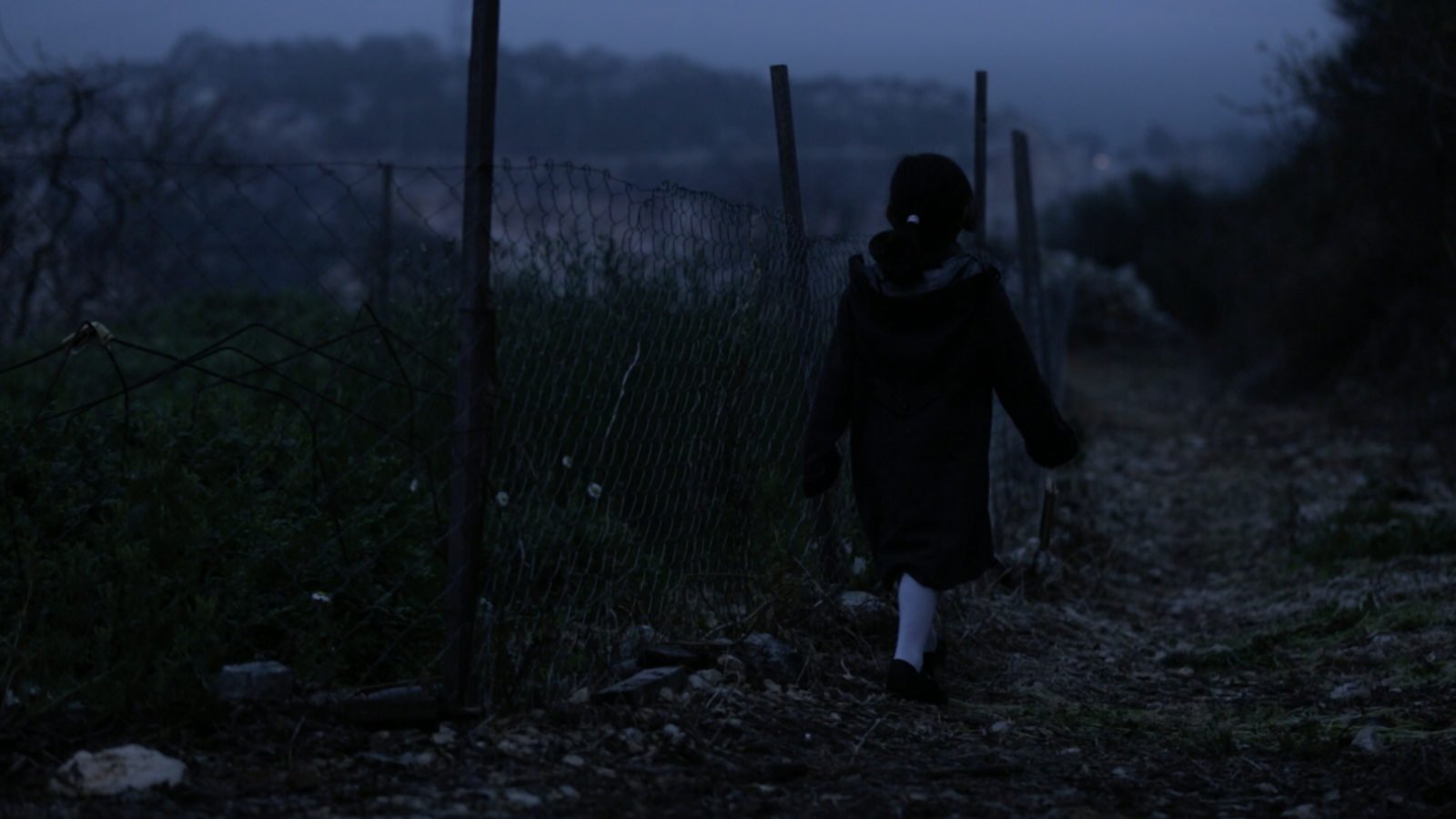 What means „home“ in diaspora

Later in the film, which we imagine is a few months later, Attieh’s mother goes to visit her daughter in Beirut while on a press conference. Attieh asks her mother if she likes Beirut; „Yes“ her mother answers „this city makes me feel like a lot is possible“. Her answer might be different today in the post-explosion times, but if Beirut was one of the only cities that was giving hope to the region, where are the Middle Eastern countries going today? Populations in crisis have tried to find refuge and build temporarily homes in other neighbouring Arab countries, but with the political climate today in the region, peace and prosperity seem very far away people’s reach. Having a stable and peaceful Home has become a luxury in parts of the Arab world, and with the rise of extremism and racism in western countries, where is the world going next? How do people like Attieh keep up with the rest of the world?

In a few final words, I can say that although Attieh was aiming to build a portrait of her mother and reconnect with her past, she was also able to portray the heavy baggage that is given from a generation to another in the Arab world. As a Lebanese myself, I was able to understand even the untold in the film and see my own future in it. I find it truly sad yet charming that Attieh was able to rebuild a world that many of us would identify in.