Like last year, the 18th edition of the Danish documentary film festival CPH:DOX had to be moved online. However, the organisers of this year’s event opted for a hybrid format – more than 170 films were available to watch on a special streaming platform, but beginning 6 May, a handful of selected works were also screened directly in Copenhagen cinemas. The main theme of this year’s event was Reset!, and the festival primarily focused on films which observe the social, cultural, and political changes that are currently shaping the world around us.

One of the non-competition sections, which fit precisely within this year’s theme, was «Change Makers», an ambitious group of highly critical works which aim to provoke a wave of very necessary discussions in society. The programme block consisted of ten films1), which, given the diversity of their themes, can be further divided into three distinct groups – the largest group is made up of films focusing on socio-political criticism, then there are two environmental films, and the final two study the traumatic effects of sexual abuse.

Political criticism and the fight for justice

One particularly ambitious film is The New Corporation: The Unfortunately Necessary Sequel by directors Jennifer Abbott and Joel Bakan, which, as the title suggests, follows up on their 2003 film The Corporation (dir. Jennifer Abbott, Mark Achbar). The New Corporation, like its predecessor, has lofty goals – it attempts to uncover, comprehensively describe, and evaluate the influence of large corporations on the workings of the world today. The directors dedicate the majority of the space in the film to scientists, economists, and activists, who address the camera directly and describe their personal perspectives on undoubtedly very pressing issues. However, this is where the documentary’s severe naivety becomes evident. During the film’s 106 minutes, the various (in most cases rather manipulative and biased) answers rarely interconnect, thus failing to offer a truly honest look at these complex topics. The film overwhelms us with a massive avalanche of information in which we have no chance to orient ourselves, making it very difficult to come away with any kind of defensible opinions. 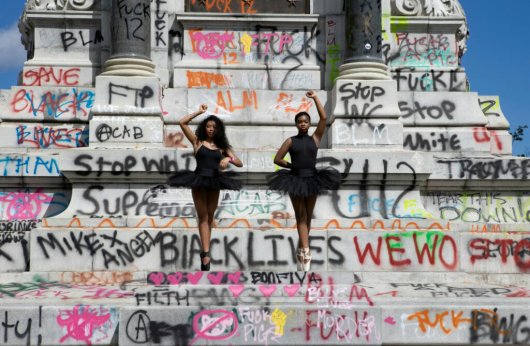 Three of the other films – She Had a Dream (dir. Raja Amari), Zinder (dir. Aicha Macky), and Courage (dir. Aliaksei Paluyan) – are a bit more delicate in their handling of the information. While each of them focuses on completely different topics, they all share a sensitive, observational method of filmmaking with an emphasis on often overlooked problems. She Had a Dream follows the reformative fight for equality for minorities in Tunisia, while Zinder gives us a brutal glimpse into the toxic masculinity of a gang in a small African town, and Courage addresses the importance of its namesake in defending democracy in Belarus, a state growing ever more totalitarian. A large amount of information is left implicit and unstated, but thanks to a suggestive adaptation and frequently provocative visuals, these documentaries have the potential to fully resonate with viewers and evoke the need to discuss the given issues.

In my opinion, the unassuming German film Dear Future Children by director Franz Böhm, who is merely 21 years old, proved to be the most powerful film in the entire section. The film is split into the parallel stories of three young women activists from Uganda, Hong Kong, , and Chile, who fight with all their strength against the problems afflicting their homelands. One absolutely essential quality of the film is its power to present us with engaging depictions of the life stories of those who are affected by social and climate issues on a daily basis. Rayen, who lives in Chile, familiarises us with the massive protests there that aim to stand up for long-disadvantaged social classes. Pepper provides us with a with a peek behind the curtain of the demonstrations for independence in the autonomous region of Hong Kong. And Hilda, whose family’s farm in Uganda was completely devastated by climate change and the extreme weather associated with it, attempts, in her speech at the C40 summit in Copenhagen, to draw attention to the possible impacts of global changes on society as a whole. Director Franz Böhm brilliantly maintains a balance between all three stories, which allows him to develop a complex picture of several of today’s socio-environmental issues within the scope of a single film. The film’s individualistic approach also places a great emphasis on the power a single person can have, thus imparting us with the desire and determination to begin fighting against injustice and oppression ourselves – even though these issues may not affect us personally. 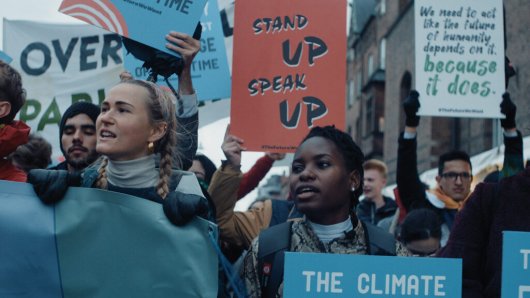 An untraditional perspective on environmentalism

The «Change Makers» section also includes two purely environmental films, which are highly untraditional in their adaptations. The first is From the Wild Sea, in which Danish director Robin Petré uses meditatively silent shots to look at the European coasts from the point of view of endangered marine animals. This non didactic approach with no explanatory dialogue imbues the documentary with a refreshing atmosphere. Even so, it’s necessary to point out that the film’s strength is also not without its issues – we view a large part of the events through the eyes of the animals, which by itself isn’t enough to make us identify with their perspective and truly empathise with their situation. This is why we’ll be equally perplexed by the overall point of the film as the helpless animals are by the changing climate.

In her hour-long documentary Walk the Tideline, Finnish director Anna Antsalo introduces three central characters from different countries (UK, Japan, and the Netherlands). In many ways, they are completely different, but they all share a devotion to cleaning up beaches. The director depicts the individual characters and their motivations for cleaning up rubbish in a playful way, and their personal collections of plastic objects they’ve picked up also play a large role. The film is mostly light-hearted, scored with funny, sarcastic music; however, in brief moments of silence, the unpleasant topic of pollution and its impact on nature rises to the surface. There is a lot of emphasis implicitly placed on the power of the individual (like in Dear Future Children), and so here too while watching the film, we get the nagging feeling that we shouldn’t just look idly on.

The traumatic aftermath of sexual manipulation

The final two films of the «Change Makers» section focus on the personal stories of victims of sexual assault. The Norwegian-Danish coproduction All That I Am (dir. Tone Grøttjord-Glenne) tells the story of Emilie, an adolescent girl who, from early childhood until the age of 12, was sexually abused by her stepfather. His years of monstrous acts left a deep mark on Emilie, and the film attempts to depict the inner pain that still torments her daily six years later. The director doesn’t go too much into the main character’s dark memories. The film instead uses observational shots to follow Emilie in her day-to-day life and reflect on how enormously difficult it is for her to forget her childhood traumas and integrate into society. There’s no artificial dramatisation here, which causes the documentary to lack a more coherent structure, but on the other hand, it comes across as very authentic and sincere. The film also reminds us of the important fact that sex crimes aren’t only committed against adolescent and adult women (which is what is talked about most in the MeToo movement), and that even very young children can be affected as well.

All That I Am

In contrast to the individual focus of All That I Am, the German performative film The Case You (dir. Alison Kuhn) deals with the case of five actresses who several years ago fell victim to sexual abuse during a film audition through the manipulation and coercion of the judges. The director, who took part in the same casting as the actresses in the film, invited the young women to a theatre stage, where each of them has the space to present in detail what exactly happened to them. The film succeeds in relativising the concept of sexual abuse, which it perceives not only as physical assault but more generally as manipulatively coercing another person to do anything they don’t consent to. Although the end of the film veers toward cliché, the film can provide many women and men with the resolve to say a clear and courageous «no» at a critical moment.

The potential to provoke a wave of discussion

The programme block of «Change Makers» at the CPH:DOX festival presented a very diverse group of films. The quality varies considerably across the section, but most of the films succeed in giving the viewer a sense of some pressing issues facing the entirety of humanity today, regardless of nationality, culture, or ethnic group. The section truly does have the original potential to provoke a wave of needed discussions in society, which is why it deserves our attention.

1) One of the films in the «Change Makers» section, specifically Who We Are: A Chronicle of Racism in America by the directorial duo of Sarah and Emily Kunstler, was region locked so that it could only be viewed in Denmark, which is why it does not appear in this text.

Woman as a victim of the Afghan system