The Blunder of Love

The year 2021 was the first time that Doc Alliance, the association of the seven largest European documentary festivals (CPH:DOX, Doclisboa, Millennium Docs Against Gravity, DOK Leipzig, FIDMarseille, Ji.hlava IDFF, and Visions du Réel), presented awards not only for the best full-length film (which went to The Blunder of Love, currently available to view on DAFilms) but also for the best short film (awarded to Bless you!). What do these two films have in common?

The beginning weeks of the coronavirus pandemic in 2020 caught most countries completely off guard and shook the entire world. While some nations opted for more benevolent regulations, others closed their borders overnight and ordered their citizens into mandatory isolation. One of the strict states was Russia, whose government immediately enacted a lockdown, trapping tens of millions of people in home quarantine. While this unprecedented decision was made in an attempt to limit the spread of the virus and prevent thousands of deaths, at the same time it also threw society into complete chaos and panic.

In her thirty-minute documentary Bless you!, Russian director Tatiana Chistova watches this extraordinary situation in the spring of 2020 unfold against the backdrop of her native St. Petersburg. Due to a lack of systematic information pertaining to the ordered isolation, a helpline was set up during the first weeks of the pandemic, which was flooded daily with hundreds of confused and frightened inquiries from panicked residents. The documentary spreads these recordings of calls across the breadth of its sound component, introducing us to countless so-called “little stories” which offer us glimpses behind the closed doors of St. Petersburg flats.

The intimate dimension of the film, which is accentuated by the voices of sobbing, aggrieved, and defiant seniors on the helpline, sharply contrasts with the visual aspect, which, on the contrary, maintains a noticeable distance from people. In gloomy shots documenting deserted corners of the Russian metropolis, we observe details of buildings and large aggregates of streets, whose particularities would ordinarily be drowned out by moving masses of inhabitants. Instead of people, the central characters in these cold images are the pigeons picking undisturbed at crumbs on the stone pavements or the flocks of birds flying past the windows of closed flats. The counterpoint of the visual and sound components deftly emphasises the subjective experience of the inhabitants of St. Petersburg, whose feelings of fear are very easy to identify with thanks to the collective shock at the beginning of the pandemic. 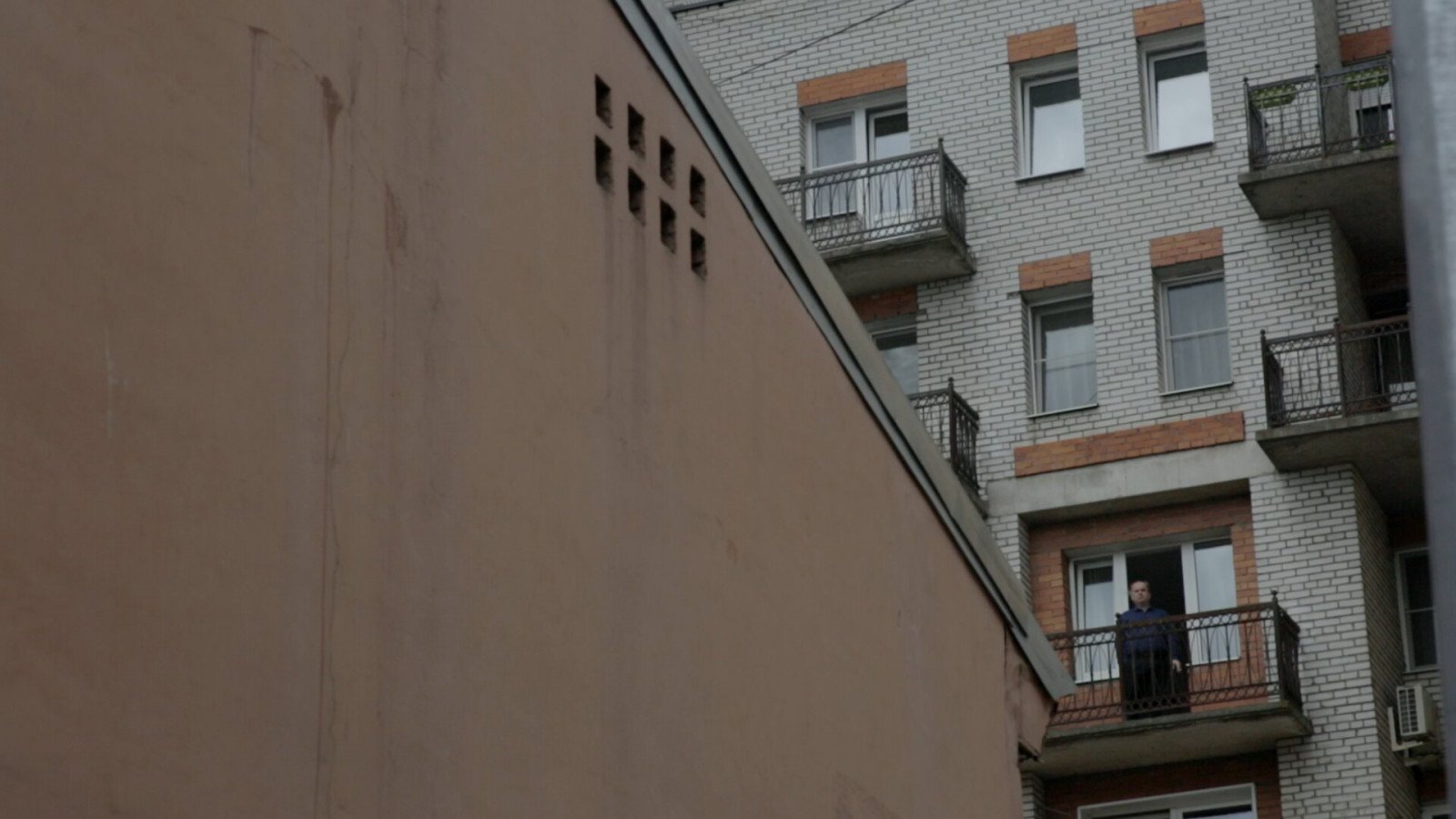 Bless you! differs from the majority of films about the first weeks of the pandemic primarily in its experimental formal arrangement – among the more traditionally adapted but no less impressive documentaries is Nanfu Wang’s In the Same Breath (2021), which reveals the personal stories of the inhabitants of Wuhan, China against the backdrop of the political manipulations of the Communist government, or the film Totally Under Control (2020) by the directorial trio of Alex Gibney, Ophelia Harutyunyan, and Suzanne Hillinger, which aims to uncover the failure of the American government to make critical decisions following the spread of a new type of coronavirus. However, even in the context of these (often more ambitious and noticeably more politically engaged) endeavours, the Polish-Russian documentary Bless you! holds on to its unique power, which springs from the personal stories of the inhabitants of St. Petersburg, and the film thus serves as a very intense and painful return to the chaotic spring of 2020.

The full-length documentary that won the most acclaim from the Doc Alliance jury in 2021 was the German production The Blunder of Love (2020) by the Italian director Rocco di Mento. In the film, the director returns to his hometown to try to patch up the many cracks in his family members’ relationships through filming and conversations. Their main dispute constantly goes back to Rocco’s long-dead grandfather Costantino, whom the family members avoid talking about in their conversations – especially the director’s ninety-two-year-old grandmother, who, due to her stubborn nature, wants to hear no mention of him. However, the filmmaker’s search takes an unexpected turn with the discovery of dozens of metres of footage that Costantino shot during his overseas travels.

At a moment when the director is ready to give up his quest to uncover the secrets of his family’s history, it is the discovery of this film material that prompts him to investigate further. Even his grandmother can no longer remain completely closed to prying questions, and under pressure from the re-emergence of old and seemingly forgotten images, she is forced to confront her partially repressed emotions. Within the documentary, the medium of film takes on the role of a catalyst that brings more than one painful memory to the surface, which could lead both to the cracks in their relationships being papered over again and to Rocco’s family falling apart even further.

The self-reflective dimension of The Blunder of Love, which actually wouldn’t exist had the old home movies not been discovered, also points to the epistemological and ontological nature of the medium of film as such – in other words, it emphasises both its ability to bring long-forgotten or deceased individuals back to life as well as the limits of the knowledge that come with this reanimation. On the one hand, the preservation of time allows the director to finally “meet” his grandfather after a long time, but on the other hand, the old film footage selectively reduces the character of the filmmaker’s ancestor to a mere image stretched over a few dozen minutes. The Blunder of Love acknowledges this issue, thanks to which the documentary avoids becoming a mere adoration of the past. 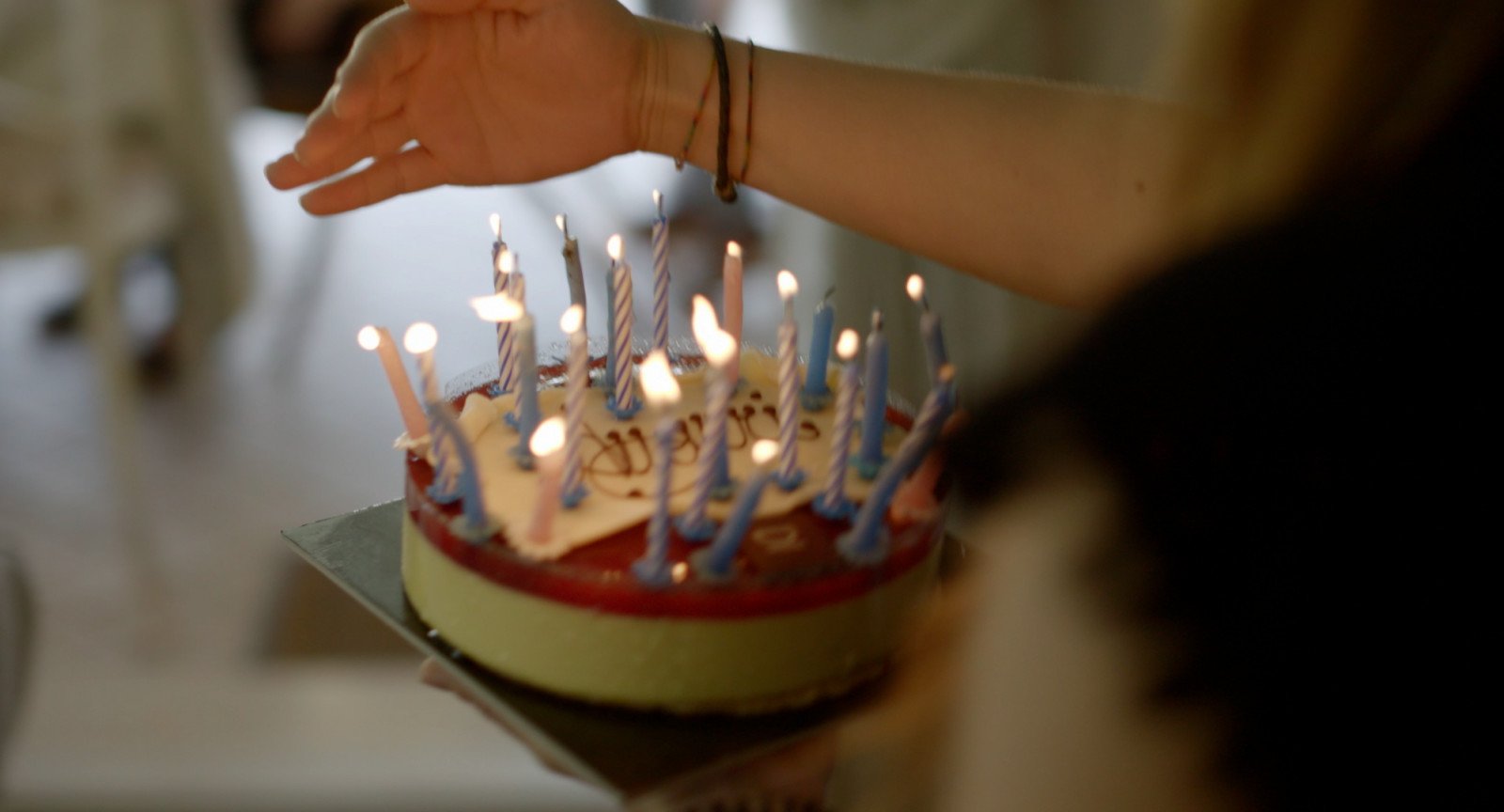 About halfway through the film, there is narrative shift in which the director moves away from the discovered footage of his grandfather and actively attempts to mend the cracks in the relationships between the two estranged branches of his family. This turn makes the film as a whole rather disjointed and incompact. In the second half of the film, unfortunately, the reflective philosophical questions about the nature of the medium of film dwindle as Rocco di Mento shifts toward much more personal issues. In spite of this, however, the entire film bears a considerable amount of introspection, which helps the director to understand his own roots.

Although at first glance the short film Bless you! and the full-length The Blunder of Love may seem like completely different documentaries in terms of content and form, it is in their themes that they overlap – both of them, in their own specific way, deal with a painful (often traumatic) return to a problematic period that those who lived through them might rather forget. Importantly, however, these documentaries do not lead to a further deepening of existing pain but rather offer a certain form of catharsis that can help not only the protagonists in the film but also the viewers.