Touching youth through the perspective of a radical family

Brotherhood, a film of Italian documentarist working in Czech Republic, Francesco Montagner, has just got the Golden leopard at Locarno IFF. Here you can find his text about the film.

Let’s go back in time: It’s me, Francesco, the director of Brotherhood, back in the ‘90s. I’m sitting on my couch with my family after dinner. Although I’m only a child, I’m already curious and deeply attracted to the images on that screen that we all call the television. The evening newsreel comes on, showing cruel images of dead bodies – a lot of them – and scenes of people crying in despair. I’m confused. I’ve never seen anything like this before. I don’t know where that place is or what I’m watching. I’m not sure what to feel, so I look at my parents. I still remember their horrified faces clearly – worried in a way I have never experienced in my short life.

Those bodies were the men and women of Srebrenica. It was 1995.

Now, many years later, I have finished my second feature documentary, Brotherhood, which is the result of that impact. Those events marked my childhood memory through my subconscious, creating a necessity in me, a personal need to explore a Bosnian story that is indirectly linked to the days of the war.

In 2015, I saw a TV report in which the Delić family appeared, and I realized how the contemporary youth in Bosnia have been influenced by the war generation, often dazzled by the Fata Morgana of war propaganda, and could be easily attracted to extremisms. In the Delić family, whose young sons Jabir, Usama, and Useir are the protagonists of Brotherhood, the father Ibrahim is often seen as a war hero – one of those who fought against the Serbs when the Bosniaks were attacked in an act of ethnic cleansing.

The reality is that after the war, the older generation began to be overcome by hatred, often channelling it into religious extremism. Ibrahim is a result of a phenomenon of radicalization which started in the days of the war and drove him and many others to become religious leaders.

After the report, I found myself wondering what effect this phenomenon could have on the youth, on the next generation of Bosnians. What is the relationship between these veteran fathers and their sons?

My documentary Brotherhood explores these questions through the perspective of a family of shepherds in which the teenage sons, brought up under the firm guidance of the pater familias, have to face the challenges of seeing their father go to prison for two years and consequently growing up on their own. The obvious difficulties of becoming adults with an absent parent turn into an opportunity for the brothers to develop their own identity and masculinity.

Indeed, the family journey begins with a fracture: Ibrahim is sentenced to prison. Jabir, Usama, and Useir are left on their own for the first time in their lives. Any feelings of sadness are soon replaced by a sense of freedom and the urgent need to reflect on the legacy of the war, all while seeking love, working hard, and questioning what it means to be brothers.

The setup for this character-driven documentary is a universal tale with a medieval touch – a  patriarch is forced to leave his property for a long period of time, and so he transfers the care of his house to his first-born, bestows responsibility for the herd on his second-born, and tasks his third born with studying, with the implicit plan of having him take on a religious role in the future.

The universality of this story was what attracted me the most. It is relevant to the contemporary world, yet it could easily be a 200-year-old tale. On top of that, the three brothers are uniquely interesting, each representing a different archetypical character. It’s the perfect scenario for a film which tries to touch on the themes of manhood and identity with delicacy in a predominantly masculine world. 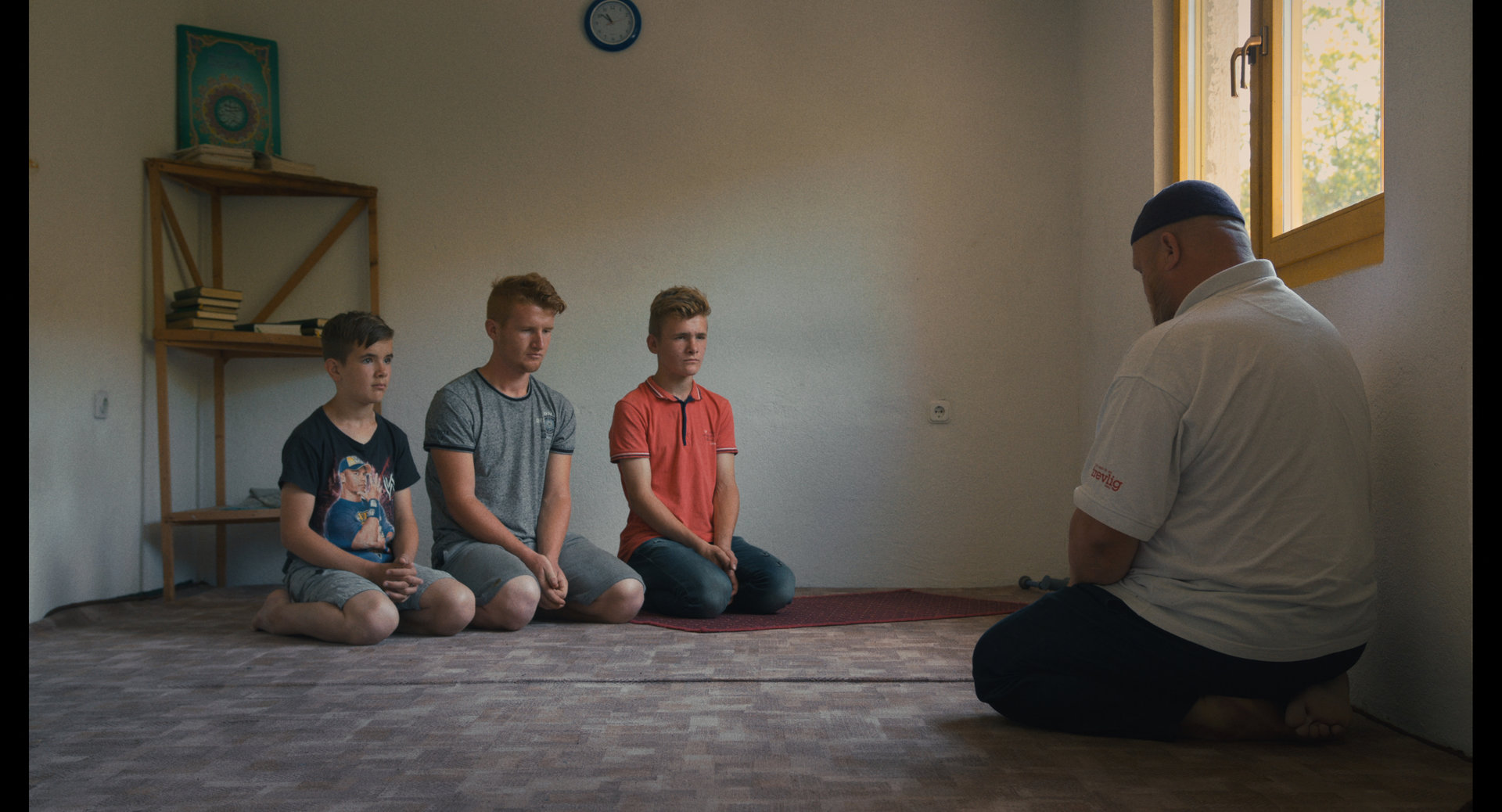 Brotherhood could also be seen as the journey of the young Useir towards his first moment of self-awareness, thus becoming the one true protagonist of the film as he reaches the crucial end of adolescence in the final scene of the film.

Nearly every event which happens to the brotherhood converges ultimately on Useir, seemingly the most fragile and the least involved in the family struggle. However, in reality he is a smart, observant, brilliant mirror in which the audience wants to see its emotions reflected.

Since the start of production in 2016, I felt I wanted to make a film that would allow me and the audience to be very close to the characters – to feel them and understand their point of view (going beyond the negative narrative often attached to people from radical backgrounds). I was certain I needed people to see them first as nice, young boys – to forget the religious issue and the other geopolitical matters for a moment and to live with Usama, Jabir, and Useir, to feel their struggle, and to find empathy for them. I was sure the political level of the film would gradually grow on people through the minimal but constant presence of traces of war in every other scene.