The House of Science: A Museum of False Facts

The House of Science: a museum of false facts

In The House of Science: A Museum of False Facts (1991), Lynne Sachs exposes the edifice of scientific “facts” with which the male-dominated disciplines of science and medicine have constructed an image of what a woman is.

Opposing the distorted imagery of women rooted in our patriarchal world is American poet Gertrude Stein, who seeks to bridge the gap between the "body of the body" and the "body of the mind" and achieve the integrity denied to women by Western society. We bring here the script of this experimental film, that is screened online till 14th November at Ji.hlava IDFF online.

VOICE OVER:  I met him while I was on the table, you know they you put on the table, put you in the stirrups and he walks in.  At first, it’s a kind of an awkward introduction.  Second, maybe he didn’t mean it, but I don’t think he had any inclination to be warm or kind or talking. It was a real quick examination.  I was still on the table. I was pregnant. He said “Any questions?” His hand was on a doorknob. And I, of course, said “No.”  I had a zillion questions. And I can’t tell you how tall he was. I was lying down. But he always struck me as short, cold and with glasses, and he may not look like that at all.

TITLE:  The House of Science: a museum of false facts

RECORDING OF MALE DOCTOR GIVING A LABOR LESSON IN DELIVERY ROOM:
Doctor: That’s the spirit I like, very nice indeed.  I like that spirit when you take charge of yourself.
Woman: Yes.
Doctor: You won’t have anyone messing you about.  That’s how it should be.
Woman: Have you seen what the head looks like?
Doctor: It’s covered with hair.
Woman: What color?
Nurse: Black.
Woman: Dark hair. It will come out now showing, then go back.  Popping in and out like that until it gets far enough out to stay out.
Woman: Yes.
Doctor: Then that’s what we call the crowning. Twenty minutes after that you’ll probably have your baby.
Woman: You know it seems extraordinary that frail women must do all this pushing.
Doctor: I often think that.
Doctor: Yes, it’s a boy.
Woman: Is he all right?
Doctor: Oh yes.
Woman: Listen!

LYNNE’S ONSCREEN DIARY & V.O:  The doctor’s office is full blond Victorian women patting their stomachs, smiling, Monalisa-esque, knowing.  They welcome 18 year old me to their coterie of framed ladies-in-waiting. Waiting for the “pop,” the baby.  And meanwhile, they sell pharmaceuticals.  They pose in their nicely framed images hung ever so carefully around the waiting room of Doctor L. I am waiting too, for sex, and much, much later the “pop.”  But now, it’s sex, with a someone I don’t know, as of yet.  It’s an abstract meeting but I want to be prepared. I’m here for one thing, Doctor L., the armor. It’s too bad though, I don’t say “sex.”  I say “college.”  “Give me a diaphragm, Doctor G., so I can go to college.”  He gives me the shield but doesn’t tell me how to use it. I leave his office, fully equipped, protected, completely incapable of placing that plastic, or is it rubber, sheath over my cervix. Where is my cervix? 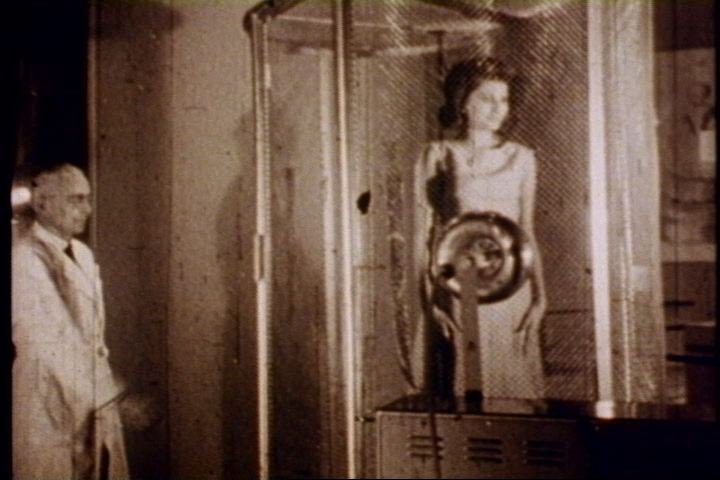 LYNNE’S DIARY ON SCREEN:  My memory of being a girl included a “me” that is two. I am two bodies – the body of the body and the body of the mind.  The body of the body was flaccid and forgotten.  This was the body that was wet with dirty liquids, holes that wouldn’t close, full of smells and curdled milk.  Of course there was the skeleton.  This was assumed and only reconsidered upon my very rare attempts at jumping farther than far enough, clearing the ditch, lifting the heave-ho. But the body of the body was not the bones.  This body wrapped and encircled the bones, a protective cover of flesh, just on the other side of the wall I call skin.

ANTHROPOLOGICAL TEXT READ OUTLOUD BY LITTLE GIRL WHO MAKES MISTAKES (SUBTITLED):  Let us take the next example, that of a born thief. Louis C. Magnan writes of her, aged nine, was the daughter of a mad father, always in …. a condition of sexual excitement.  She was of weak intelligence.  Her instincts had always been bad, her conduct turbulent, and her mind incapable of concentration. At three, she was a thief and laid hands on her mother’s money. At five, she was arrested and conveyed to the police office. She shrieked, tore off her socks and threw her dolls into the gutter and lifted her shirts in the street. But on looking at her photograph, one perceives that although only nine years old, she offers the exact type of the born criminal. Her jaws and cheekbones are emmense, the frontal sinews strong, the nose flat. She looks like a grown woman – nay, a man.

The House of Science: A Museum of False Facts1/5

The House of Science: A Museum of False Facts2/5

The House of Science: A Museum of False Facts3/5

The House of Science: A Museum of False Facts4/5

The House of Science: A Museum of False Facts5/5

LYNNE’S DIARY ON SCREEN:  The body of the body moves in cycles and with every repetition there is a sensation of pain.  The reminder, emanating from the core, the indefinable marrow that can never be touched, is a cleansing, scarring, tactile, silent exclamation.  The arrival of the body of the body forces the body of the mind to take notice, begrudgingly so. With legs crossed, the blood is caught just before it crosses the border into the public domain.

WOMAN’S VOICE:  But I always thought black widow spiders spit, cause I really loved black widows, and I would always go out and stand by them and I ran to get my father to show him, and he said that I couldn’t go near it, and I said that I wouldn’t ever touch it. You know, I was just going to watch it. And he said “No, cause it will spit at you!”  And I believed that unquestioningly, until, I was, and I told everyone “Oh yeah, black widows spit….” I don’t think black widows spit. It doesn’t even sound logical. I don’t even think they have any apparatus to spit.

VOICE FROM ARCHIVAL DOCUMENTARY SCIENCE FILM: Body hair appears, most noticeably under the arms and in the pubic region. Menstrual or monthly periods usually happen every four weeks, however they’re likely to be quite irregular for the first two or three yeas while a girls is still maturing.  And later a cycle of perhaps five weeks or three weeks is perfectly normal. It takes time to get used to the changes of adolescence which at first may seem so strange. However, for many girls menstruation brings no problems and little discomfort, only the extra time needed for cleanliness. 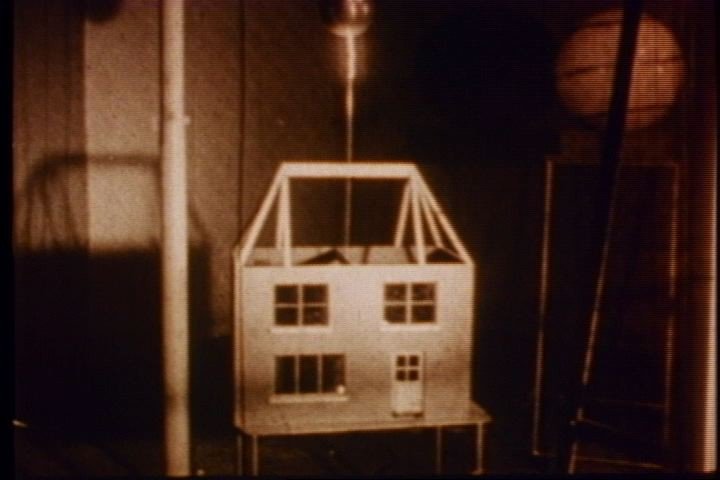 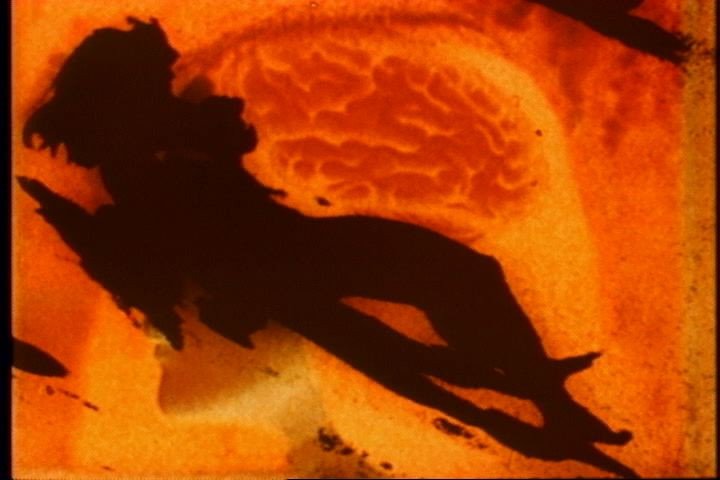 LYNNE’S DIARY AND V.O.:  Filled with infectious, infected liquids, we hold in the blood, the water, the sneeze, the wax, the hair, the puss, the breath.  All that is ours to let go, to release onto this earth, is held in, contained. I am the cauldron of dangerous substances.

WOMAN’S V.O.:  Well, as a young child I always had a lot of coughing and stuff and my mother would never allow me to spit what came out of my chest. Because she said that “Girls don’t spit. They swallow it. You know you don’t do that because it’s vulgar.”

MAN’S VOICE FROM OLD DOCUMENTARY:  Science began when man began to observe and make note of his observations.

GIRLS’ VOICES FROM OLD MOVIE:  For someone who has so many outside activities. She’s smart, that’s why.  Sure she’s smart, but she’s also human. Besides, this thing is all over school now!  Is that true?  Have the rest of you heard about this?

THREE WOMEN ON SCREEN SPEAKING:
Woman #1:  Prostitutes have longer hands and larger calves but their feet are small.
Woman #2:  While criminals have the darker hair and eyes, it is the prostitutes whose fare and red hair now surpasses the normal.
Woman #3: Female thieves, above all prostitutes, are inferior to moral women in cranial capacity and circumference.

GIRLS WHISPERING:  I saw this movie called “The Secret Garden.”

WOMAN’S V.O.:  My dad was always disappointed because my mother never gave him a son.  We rode his butt when we found out men are the ones that give a child gender.  Cause he had really harassed my mom for years because she didn’t have a son.  So we had to tell him that it was his fault. Cause he really, really wanted a boy. I was the closest thing that he had to a son for years.

MALE V.O. FROM OLD MOVIE THAT TEACHES DRAWING LESSONS:  … is to support the framework and to give a framework to the body and to give it contour … There’s no difficulty in looking at a subject such as this to see that it’s symmetrical.

SAME THREE WOMEN ON SCREEN SPEAKING:
Woman #1:  Prostitutes have longer hair and larger breasts, but their thighs are smaller.
Woman #2:  But I have dark hair and dark eyes and I like my hair red.
Woman #3: No way, they’re rough, they’re tough, they’re hard to bluff. 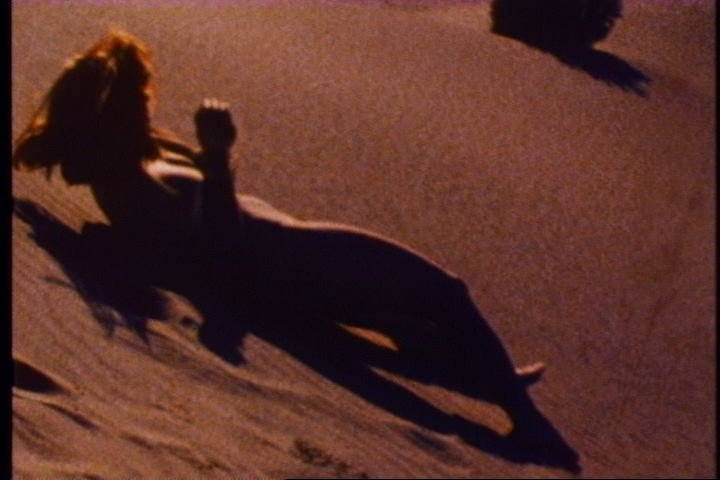 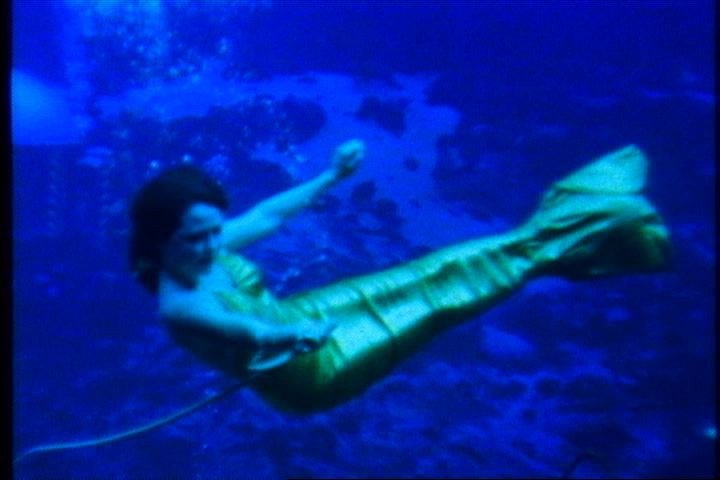 LYNNE’S DIARY AND V.O.:  I remember my first introduction to the bridle, the bra.  I was a horse irritated by such constraints.  My bosoms were a keen, smooth extension of my growing, extending torso – all one piece.  The cusp between my breast and my rib was a hiding place for my lanky, unwieldy arm. I was triangle, feeling a wholeness somewhere between my elbows and the nape of my neck -- until the bridle came and created divisions, areas of artificial mystique, a separation between the functional arm and the sexual breast. Territory.

WOMAN’S V.O.:  We have Rubens’ women. They are, I assume they are purchased for this purpose, like chubby, flesh women swinging on swings or lounging around, always kind of grotesque looking and there – just to be taken, just right there for the taking.  And I assume that is why they were purchased, though we pretend that they were just purchased for art. Or there’s another, the Venuses, there’s a period of time when they were shaving all the pubic hair from the Venuses.  There’s something I think about power in removing that hair and also a few perversions in the male culture that made that so popular. I think they become less powerful images for the male. And I think a lot of times, the more the visual images can be disarmed the better the male artist feels.

LYNNE’S DIARY V.O.: A speculum before me. I hold the mirror just inches away and learn to look – sometimes shyly, occasionally detached, and now, more often than not, bravely. I touch myself with knowledge. I trace a path across my chest, searching for surprises I’d rather not find, knots in the fabric.

MAN ON A HORSE IN OLD MOVIE:  Look!

LYNNE’S DIARY V.O AND TEXT ON SCREEN: Undressed, we read our bodies like a history. Scars, muscles, curves of the spine.  We look at ourselves from within, collect our own data, create our own science, begin to define.  Built from the inside out, this new laboratory pushes against the walls of the old structure. An incendiary effect, yes, but not arson.

No time for nice things anymore