On Adultery as Mirror of Our Own Selves

Barbora Jíchová Tyson, a visual artist, who has been living in America for seventeen years, has finished her first feature film Talking About Adultery this year. According to the author, the film is an essayistic collage and represents a perspective on humanity, which holds the mirror up to us all.

I started to work on the film Talking About Adultery seven years ago. There were several impulses. My short relationship with a married man was a fundamental one. Another impulse was experience from my first marriage, which was unfortunately finished by death of my husband fifteen years ago. My personal history and background of my growing up also played a role – I had little experience with an image of a harmonious relationship of two people. At the beginning, the film was my personal questing for the fact if a full marriage, which is after years still rich with love, trust and respect – and not sourness, anger and disappointment -, can even exist. From my point of view, marriage was mainly a social construct, a duty and forced evil, which should be avoided. I realized that when making interviews for the film, I first subconsciously tried to confirm my prejudices and only later came to realize that the film is about something much more interesting.

I have been living in America for seventeen years. From my point of view, relationships are seen in a different way there, in comparison to our country. Wedding might be a good example of it. In America, wedding is often understood as a life goal, necessary to achieve. However, it is often accompanied by almost infantile opinion of what it actually means to be in a long-term relationship. Adultery is a taboo and I was surprised by the way people comment on this topic or, on the contrary, refuse to comment on it completely. In America, adultery is highly condemned. According to a research I have recently read, adultery is despised by approximately eighty-nine percent of Americans. However, and at the same time, it is everywhere quite common, which shows certain hypocrisy in a rather puritan society. This topic is not given so much weight in Western Europe or in the Czech Republic. I probably won´t be too far from the truth if I say that here adultery is seen as something which might even play a certain role in marriage. I think that view of adultery is more open in Europe.

Establishing a contact with protagonists of the documentary through the topic of marriage and adultery was surprisingly easy. The people trusted me probably thanks to my frank curiosity and the fact that I did not condemn them anyhow. Adultery, marriage, failed relationships, absence of sex, lack of understanding, exhaustion and disappointment belong among topics which people have problems to talk about and are also often ashamed of not having everything ideal. Countless times I served as a gratuitous therapist. Some people talked about relief after having a possibility to speak about their feelings to someone. 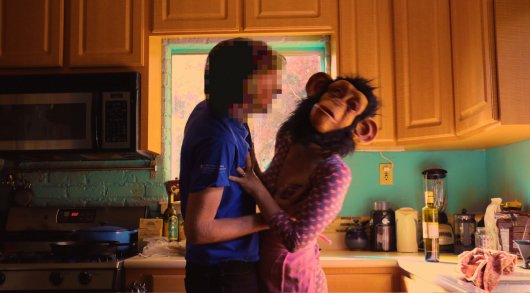 I interviewed people not only in the USA but also in Great Britain, Italy, Germany or Holland. I believe that another reason why it was easier for the people to confide to me was the fact that even after a lot of years in the US I still have a strong Czech accent, I did not grow up in American culture and the people thus could not easily place me into a known context and it was consequently easier for them to shed their restraint. I did my best to listen without provoking or judging. I was interested in people who do not see things in a black-and-white way and are able to think about their situation. People emotionally intelligent and good storytellers with an interesting and original view of the world. On the contrary, I did not interview people who work on a kind of “autopilot”. At the beginning, I was looking for a generalization. However, after a lot of interviews I realized that the story of each person is highly individual and adultery might even serve as a mirror of something we often do not want to see. I was probably the most surprised by how often people abandon their partners and families because of dissatisfaction with their own selves and not marriage.

The film is rather an essay, not really a traditional documentary. I am not trying to fairly embrace all social-economic classes, racial background, religion and so on, though it might be interesting and maybe also such film will be made one day. From the structural point of view, it was quite complicated to work on this film. Since the beginning of the project, there was no script or a clear concept. I started to work on the film practically alone. For several years, I was collecting interviews and shooting visual material. Step by step, things started to shape up. Sometimes it happened that the interviews themselves influenced the collection of my visual material. The final shape was framed from a large part in the cutting room. Since 2007 I have been working in New York mainly as an editor and I thus started to edit the film by myself. However, during the last two years I cooperated with two marvellous editors – David Barker and Alyce Ardell Spiegel. In fact, it is crazy and almost impossible to cut one´s own material. 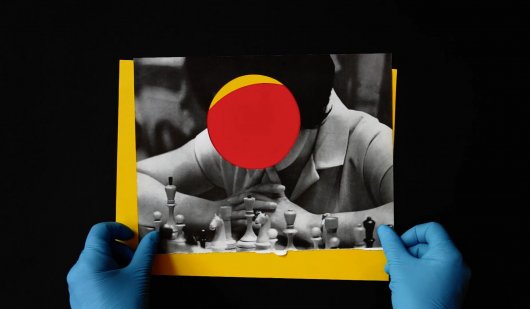 Putting the whole film together was a complicated process. I decided to hide identity of the people. We thus won´t see the respondents, we will only hear them. This way I wanted to enable viewers to identify better with the stories and to make giving up prejudices easier. It was a big challenge to invent a way to visually include 72 minutes of the film and make it interesting and comprehensible without having the images as mere illustrations.

Different genres and styles are mixed in the film. The audio interviews are taking place in flats where we – thanks to the sound design made by very talented Jun Mizumachi – only sense presence of people but never see anybody. The interviews are interlinked with abstract visual passages which partly refer to particular thoughts in the interviews but also enable viewers to make their own associations. Other parts of the film are collages made under the camera. We watch hands creating stories from archive photographs of my family and my childhood. This technique enabled me to create stories which correspond directly with the interview on the philosophy of gardens with the professor Marcello Di Paolla. Editing the interview into its final shape preceded origin of the collages.

These passages create memories and refer to the element of time. How do we perceive time, how do we perceive our own story, which is of course influenced by history and place where it took place? How does our personal story change during our life and how do we retrospectively retell our story? The collage technique seen by the viewer should sketch all these questions. Correspondence between two characters – B and R – plays another important role. One of them lives in the Czech Republic, the other one in New York. We learn more about origin and background of the film from their correspondence. The whole film actually originated as a collage. I have been working with 2D collages for the last fifteen years. Cooperation with the composer Brian Patrick Saia, who composed music to the film, also helped to shape the picture. We often talked about the fact that music itself should express something and not only tinge emotions. Czech group Ba:zel also partook musically and my adviser in conceptual interpretation was the Czech artist and a brilliant thinker Matěj Smetana. 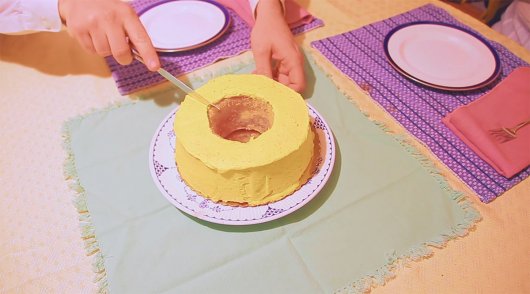 I hope that my first feature film Talking About Adultery exceeds the topic of adultery and marriage and will give people space to talk about moral and values. To talk about what they consider important in life, what they are able to rise above, how they behave to each other, what they are thinking about and what they are afraid of. I hope it is a view of humanity through a topic which is interesting for everybody.

Barbora Jíchová Tyson (1977) comes from České Budějovice. She moved to the USA in 2002. Her first feature documentary film Talking About Adultery had its world premiere at the international festival of documentary films in Sheffield Doc/Fest 2019 in England and was nominated for Doc/Fest New Talent Award the same year.

The author is the editor of several short as well as feature documentary films. In 2018 she cooperated as the editor and dramaturge on the feature film Organ Player directed by the artist Narcissister. Barbora Jíchová Tyson was also the editor of the feature documentary film Instructions on Partying, directed by Amy Jenkins and screened in MOMA during the New York festival 2018 Doc Fortnight. Her authorial short film The Hatch House was selected at the Architecture and Design Film Festival in New York and Los Angeles 2016 and at the festival of documentary films AmDocs in Palm Springs 2016.

Besides films, she also makes her own free animations, collages, drawings and photographs. Her last solo exhibition took place at Salon Ciel in New York two years ago. At present she is finishing her collages, which were created parallelly with her first feature film Talking About Adultery, for Municipal Bonds gallery. Bára Jíchová Tyson lives and works in New York.