Three years ago, directors Jan Šimánek and Petr Záruba began filming a documentary about the rock climber Adam Ondra and his preparations for the Tokyo Olympics. This intimate portrait had a Czech premiere at IDFF JI.hlava. How did the filmmakers find the key to telling Ondra’s story?

August 2018 – We’ve started filming with Adam Ondra. It’s the last days of strength training before the world championships in Innsbruck. For the first time, we see from up close the enormous amount of physical strength Adam puts into each workout. We know that this physical proximity has to be one of the defining elements of our film.

Shortly after the world championships, the second director of the film, Honza Šimánek, sets out on a month-long trip with Adam around the Balkans as a part of the filming of a show for Czech Television. It is to be one of Adam’s last sojourns in the rocks before he throws himself into his Olympic training. For us, it is one of our last chances to capture Adam as a rock climber.

The original idea for the film grew out of Adam’s lecture in which he explains his inner approach to climbing, which, in addition to physical training, is based mainly on his knowledge of yoga and its principles. It was shortly after this lecture that, thanks to his comprehensive approach, Adam was able to push the boundaries of what is humanly possible in rock climbing, when, following several months of effort, he created the hardest route in the world in Norway – called Silence, with a difficulty rating of 9c.

The historic first-time inclusion of sport climbing in the program of the Olympic Games in 2020 provided us with a clear timeframe for our film, which the global pandemic then extended by another year. Adam’s preparations for and participation in the Tokyo Olympics were intended to show the rock climber’s transition into the world of competition, commercialism, and media interest – and more generally the changes that sport climbing has been undergoing in recent years.

Most mountain climbing films are based on the principle of unity of place – a peak (as high as can be), which the protagonist should climb, if possible. In rock climbing films, the tall mountains are replaced by walls of at least several hundred metres (ideally climbed without ropes). But how were we to capture the difficulty and complexity of climbing movements taking place on rocks only ten metres high and concentrated into only five steps?
When climbing the most difficult routes, a rock climber rehearses, repeats, and tries to record the sequences of movements as accurately as possible in his muscle memory, so that he does not have to think about them at all during the actual climb, just as a musician plays a difficult score over and over again. The approach of a competitive climber is exactly the opposite – the preparations must be as universal as possible because no one knows in advance what the competition route will look like. 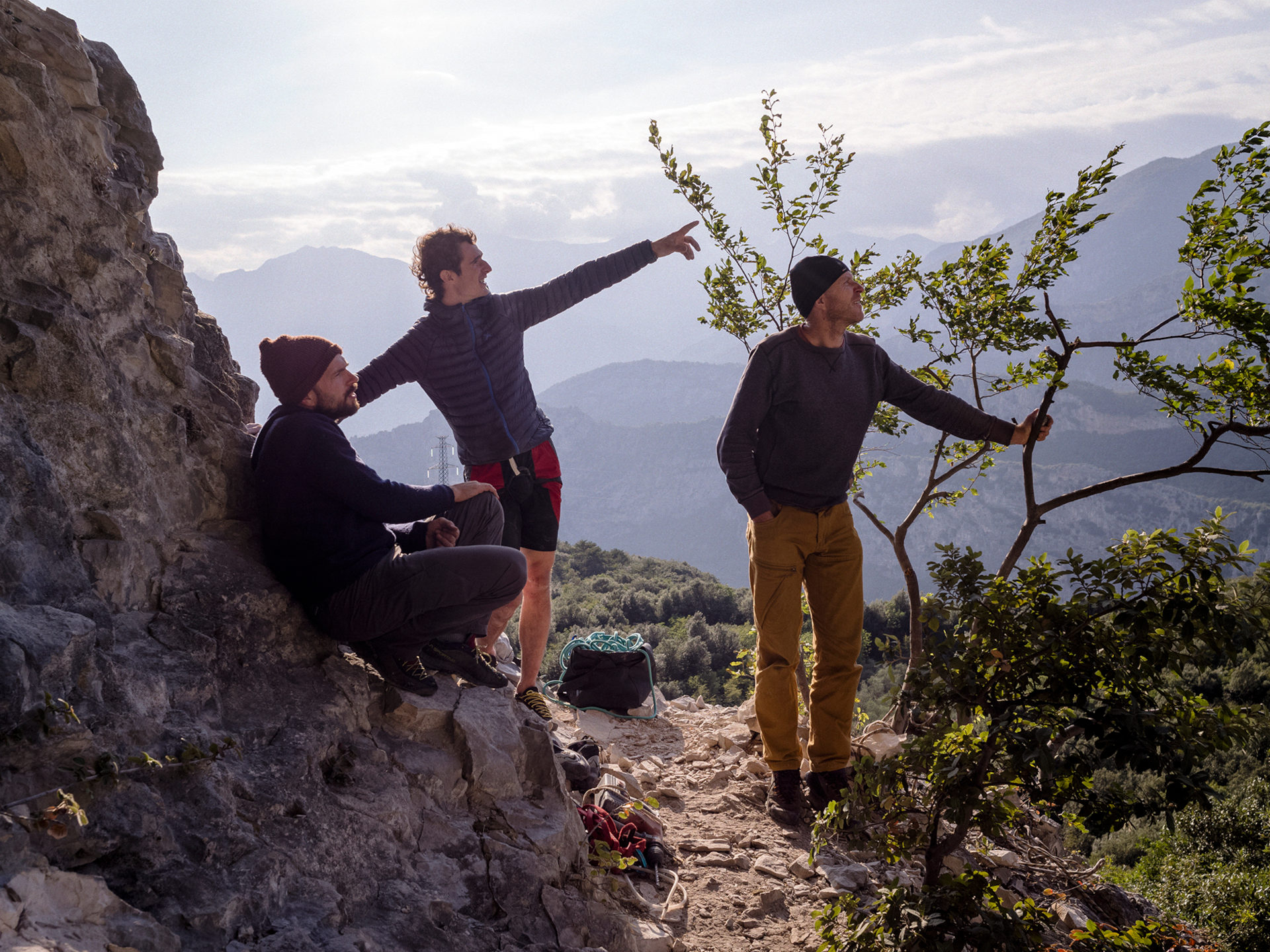 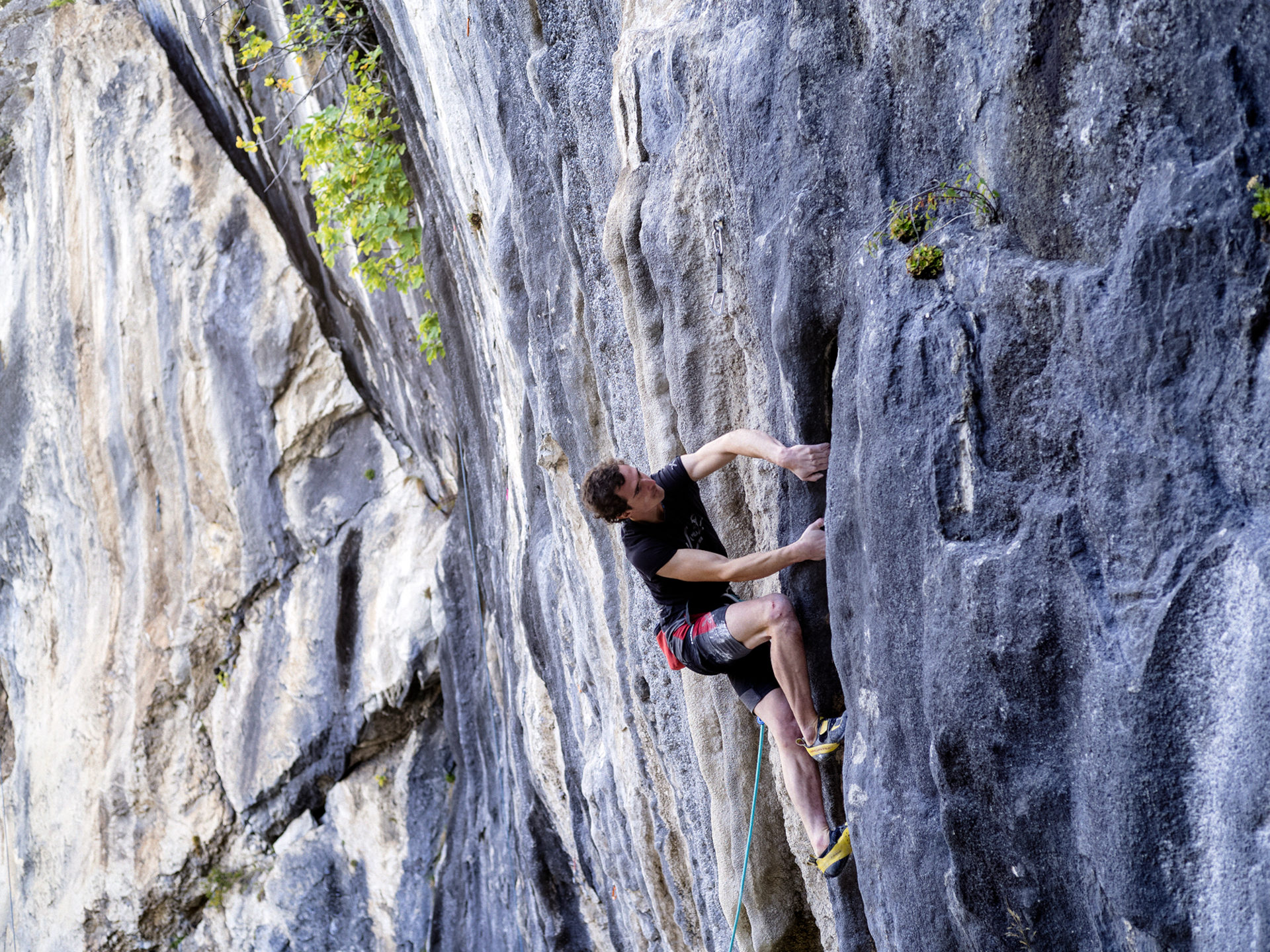 All you need is love

We regularly travelled to Brno to film Adam’s training sessions, and we even accompanied him to competitions and on sporadic climbing excursions. For a long time, we were just part of the crew that surrounds Adam. It was only later that we “earned” a certain special status, which Adam summed up with the words: “These guys are alright, they don’t ask me for anything.” We were accumulating material.

The training sessions all looked the same through the camera lens, and any small changes we may have captured would probably only be identifiable to Adam and a few of the people on his team – but to a typical audience they are imperceptible. 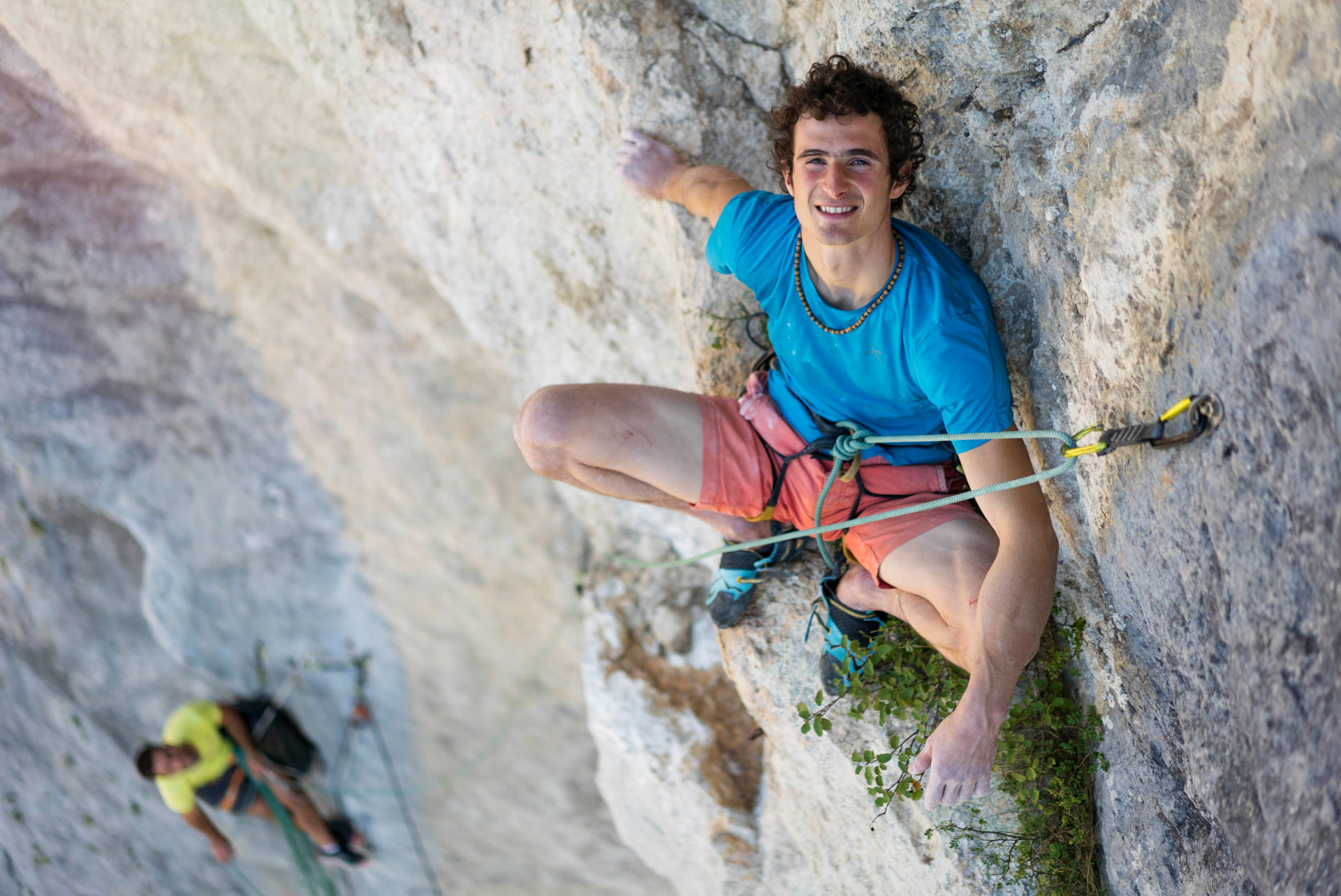 So, we searched for a long time for the key to our narrative. What ended up helping us was basically a coincidence during a climbing trip in Croatia, where Adam was with his girlfriend Iva, whom we had somewhat “overlooked” until then. It was only by incorporating Iva into Adam’s story that we were able to deepen our film and add a non-sport dimension to it. It also allowed us to see Adam from a different perspective, from that of the person closest to him. As one nun in a Macedonian monastery – who is also a former member of the national climbing team – remarked in an interview with Adam during a climbing trip in the Balkans: All you need is love.

The author is the film’s co-director.